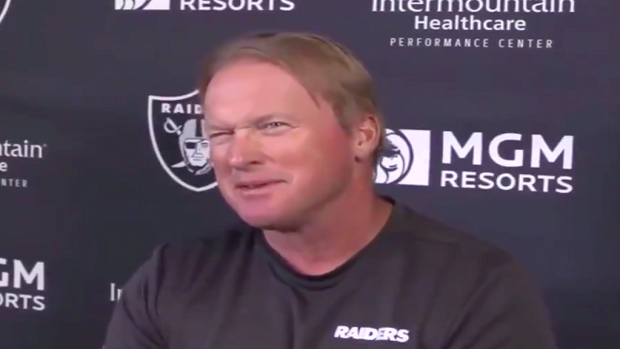 Microphones pick up a lot of play calls throughout the football season, but now with hardly any fans in attendance - and no fans in some places - it’s a little easier to hear some of the things that are being shouted at the line of scrimmage.

On Monday, Las Vegas Raiders head coach Jon Gruden was asked about the crowd noise that was being pumped and if he noticed any differences, and coach Gruden brought up one thing he did catch because of the lack of fans.

Quarterbacks are always screaming random names and phrases at the line of scrimmage as they call an audible, but this might be the first time we’ve heard a quarterback use his coach’s wife’s name as one of those calls.