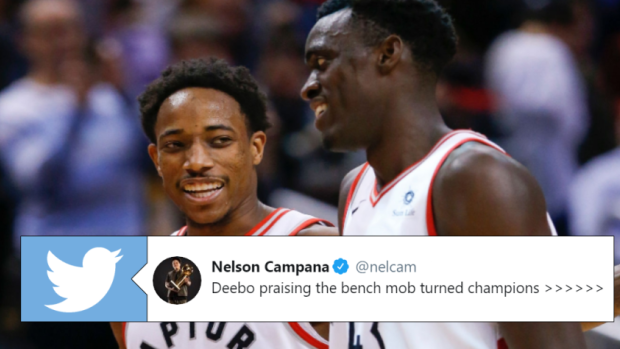 By now, just about every Toronto Raptors fan would agree that the blockbuster trade involving DeMar DeRozan and Kawhi Leonard was well worth it. They won a championship, for crying out loud.

Saying that, it doesn’t necessarily quell the heartache of losing one of the all-time greatest Raptors, and one of the first stars to show loyalty to Toronto.

On Sunday, that heartache amplified even louder when DeMar joined Pascal Siakam on Instagram Live to catch up. As part of the live, the two reminisced about their time together as teammates, and how much fun they had while laying the groundwork for an eventual championship in 2019.

Pascal Siakam and DeMar DeRozan talking about how current and former Raptors are all a family is the content we need! @pskills43 @DeMar_DeRozan pic.twitter.com/MRpMXkf20D

While the Championship run is what everyone remembers so clearly, the foundations were also a fun time in Raptorland. As the two discuss, the Bench Mob days were some of the most fun, partially because they still held that unique underdog mentality. In fact, it never really left.

DeMar will always have love north of the border.