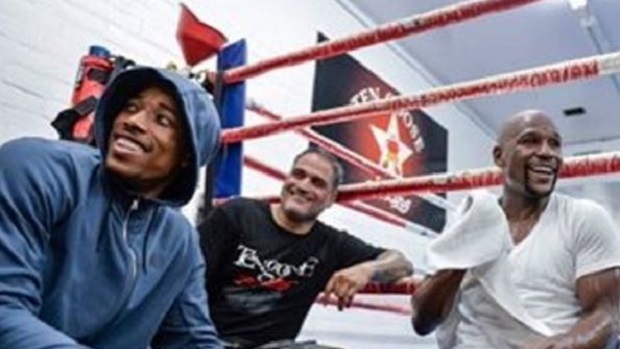 Fight fans are starting to get pumped up for the fight between Conor McGregor and Floyd Mayweather now that it’s officially booked for later this summer.

It's on. Who you got? #Mayweather #McGregor

Now that the bout is official, professional boxers and MMA fighters have started to give their say on how the fight is going to go and who they think is going to win.

Like Las Vegas oddsmakers, not many people are giving McGregor a shot against the 49-0 Mayweather.

One person who is backing Floyd Mayweather in his upcoming bout against McGregor is Toronto Raptors guard DeMar DeRozan.

The three-time NBA All-Star recently gave his Instagram account a makeover by deleting everything, but he posted this photo on Thursday afternoon.

DeRozan is currently back at home in Compton for the offseason, while Mayweather is in California for training.

Yesterday, I was back in Compton, celebrating the Cortez with @nikela and some really creative Compton kids at the @Shiekh community center. pic.twitter.com/FGAIZkHwbg