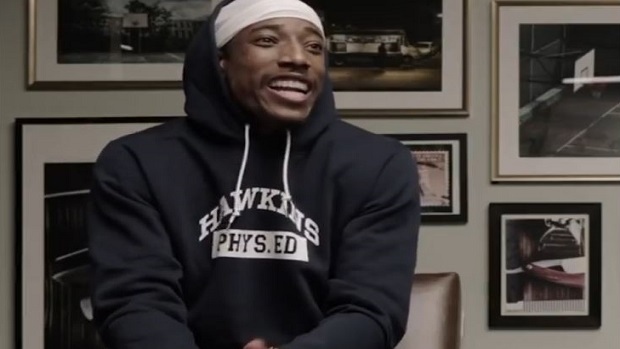 The Toronto Raptors selected DeMar DeRozan with the 9th overall pick in the 2009 NBA Draft and even though he knew nothing about the city or the team, he came into the NBA with the mentality of carrying his new team on his back.

DeRozan was prepared to play for the Raptors his entire career, but unfortunately he was a key piece in the trade that sent Kawhi Leonard and Danny Green to Toronto; which worked out pretty well for the franchise as they went on to capture their only NBA title.

This Friday, DeRozan will appear on HBO’s The Shop and in a tease of the episode the 30-year-old mentions that getting drafted by the Raptors was the best thing to happen for him for his career.

“I get drafted and go to another fucking country….I didn’t even have a passport!” 🇨🇦🤣⁣ ⁣ @DeMar_DeRozan keeps it real on #TheShopHBO. October 25 at 9:30 pm on @HBO.

Raptors fans got to watch DeRozan grow into the All-Star he now is over the years and they’ll always appreciate everything he did for the city, including wanting to play here when no one else wanted to and always putting the city on his back, even though he grew up more than 2,500 miles away and had never been to Toronto before getting drafted.