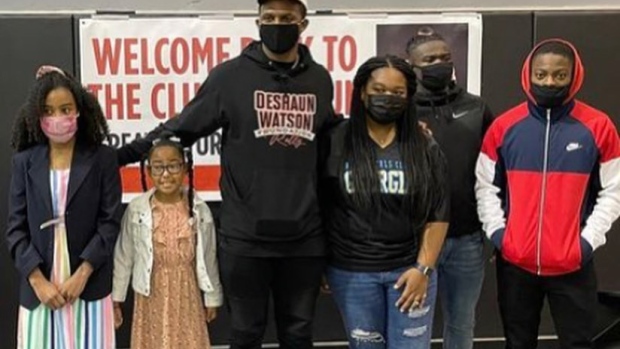 While the football world waits to see if Deshaun Watson will have his trade request granted by the Houston Texans, it seems like the star QB has shifted his focus on to other things for the time being.

Through his foundation, Watson is helping to feed over 10,000 people in his hometown of Gainesville, Georgia.

.@deshaunwatson giving back in his hometown of Gainesville, GA.

The QB’s foundation is helping feed over 10K people 🙏 @brgridiron

You love to see it. Watson has a significant history of giving back to his community, especially through his foundation, and it’s the sort of thing that fans in Houston will be able to remember long after this current trade situation is resolved.

With that said, fans want to see Watson play for his hometown Falcons more than ever. And for his part... he’s added some fuel to the fire, too.

Deshaun Watson posting on IG in a Falcons jacket 👀 pic.twitter.com/bQ3x33h1fW