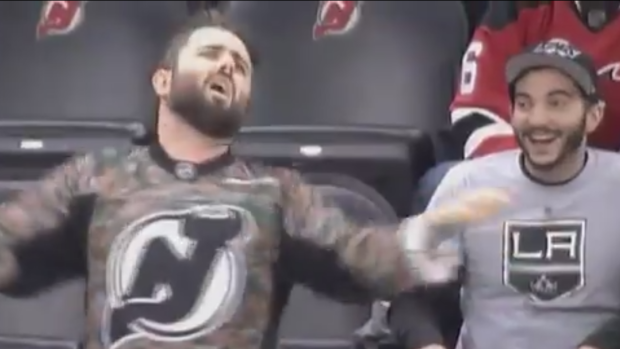 The New Jersey Devils finished the 2016-17 season at the bottom of the Metropolitan division, which ultimately led to them landing the number one pick in the 2017 NHL Draft.

With the considerable assistance of that number one pick, Nico Hischier, the Devils have turned this around this season and currently sit in a wild card spot. That's reason to celebrate. And if you're celebrating, why not dance? That's clearly what this Devils fan was thinking when he decided to dance on the jumbotron like he was about to hear from a panel of judges once he finished his routine.

When the bass is about to drop during a TV timeout, you decide to cut up a rug, and then all of a sudden...play resumes. #LAKvsNJD pic.twitter.com/9YnXhiXj6j