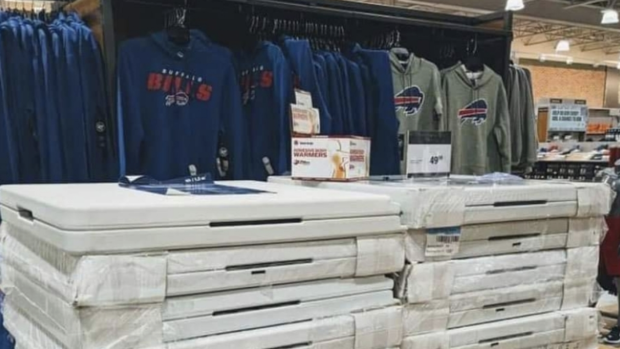 This is a chess game and Dick's Sporting Goods is making the smart moves.

Everyone knows the Bills Mafia is one of the wildest fan bases in the National Football League - they jump through tables to express their excitement and fandom, after all.

Well, Dick's Sporting Goods is WELL aware of this and placed folding tables for sale in their Buffalo Bills merch section

Dick's Sporting Goods is selling tables in the Buffalo Bills section of the store. pic.twitter.com/dSqZ6yfYve

Someone also found ones that were already broken.

Fans are thoroughly enjoying the marketing.

Folks this is what we call both smart and funny marketing. Those tables will be gone by noon.

Can the puppy named Mr. “Coal” Beasley get one? He smashed his puppy version!! 😂 pic.twitter.com/so6Ou5YfcA

Love it! Bills’ hat off to Dick’s marketing department.