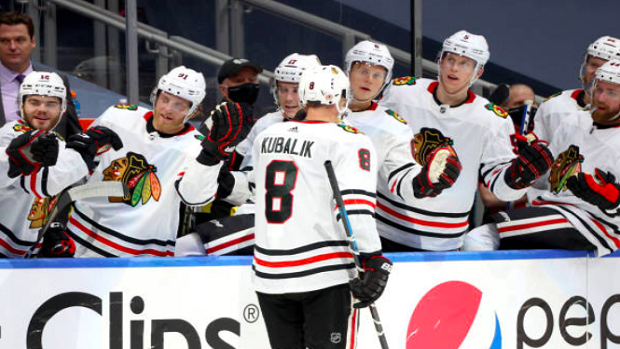 Everyone had the honour set to be a race between the Avs’ Cale Makar and the Canucks’ Quinn Hughes, and no one but Chicago fans paid much mind to the Blackhawks’ Dominik Kubalík.

On Saturday, in a fanless and quarantined postseason debut no one could have imagined, Kubalik made himself impossible to ignore.

The Czech native popped off in the debut, five points within the first two periods. Kubalik notched three assists in the first, and then two power play goals in the
second to make him the first player to record five points in a postseason debut. Ever.

What a postseason debut for Dominik Kubalik. 5️⃣👏 pic.twitter.com/W333WlAjyg

Kubalik has 4 points so far in his playoff debut for the Blackhawks today.

Imagine Kubalik's stats in his rookie season if he was on the first power play unit the whole time. Incredible.