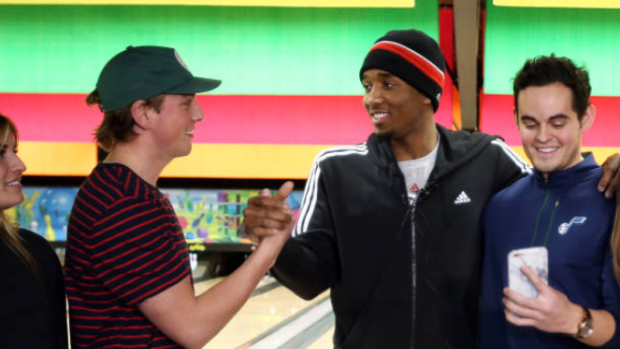 Donovan Mitchell has risen up the charts in basketball popularity after winning last week’s dunk completion during the NBA All-Star Game in Los Angeles.

Donovan #Mitchell did his best #VinceCarter impression to capture the 2018 #SlamDunkContest.

After hooking up a fan with free tickets to a Jazz game, the rookie is really starting to build a name for himself, and showed off his ability of being a swingman in more ways than one.

@utahjazz utahjazz you drafted 1. An amazing basketball player. 2. A dunk contest champion. 3. The best S(WINGMAN) ever. @spidadmitchell is A good human being. Can’t wait for tonight. #shootersshoot #takenote pic.twitter.com/blpz9gZaUG

As you can see, the DM started out as a friendly congratulatory message on winning the contest from the fan. Then, a little leap of faith came through. The super fan asked if Mitchell could “please hook up a huge fan with two tickets so I can ask this girl out in my chemistry class.”

Mitchell replied that he’ll “see what I can do, and shortly after, Mitchell came through in the clutch.

“Got two tickets for you tomorrow go ahead and ask her.”

What a legend. The 21-year-old even went the extra mile and liked the fan’s tweet and followed him on Twitter.

Just wait 'till the fan pulls out his phone, shows his date the DM, and points to Mitchell out on the court and explains the whole story to her again, because she’d likely wouldn’t buy it the first time she heard it.

The Louisville grad debuted a custom pair of Louisville Cardinals kicks on Friday night honouring his former alma matter after their wins were vacated following an investigation deemed that team staff members ordered sex workers to a team party in an effort to recruit new players to the program.