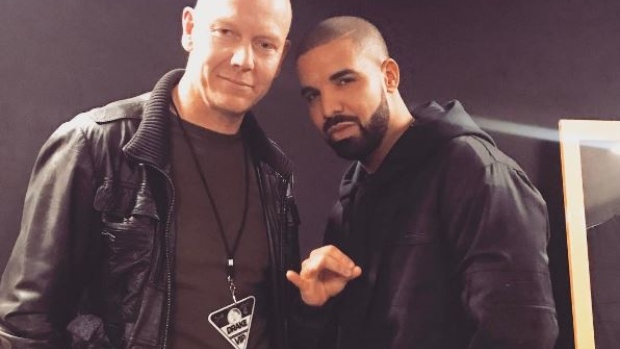 Drake’s Boy Meets World Tour got underway in Amsterdam at the end of January and he has been going strong in Europe ever since. Drizzy made his lone stop in Sweden on Saturday night, as he played a show at the Ericsson Globe in Stockholm.

Ahead of the show, October’s Very Own was greeted backstage by Sweden’s Very Own, Mats Sundin.

Growing up in Toronto, you can bet that former Toronto Maple Leafs captain Mats Sundin was one of his idols growing up, just like he was to so many aspiring hockey players in the GTA. Here’s the caption Champagne Papi posted with the picture.

Drake has played at the Air Canada Centre before, but this meeting probably tops that feeling.