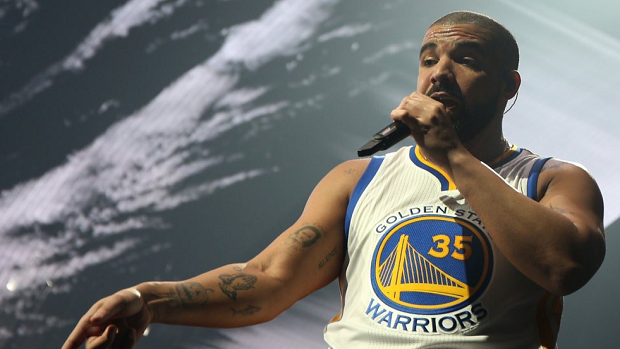 As tattoos become more widely accepted and normalized in society, sports fans have increasingly started using their bodies as canvases for some pretty impressive (and sometimes hilarious and unfortunate) sports-inspired pieces.

17 hours later and you get the most incredible #ConnorMcDavid tattoo you'll ever see. . Full story on BarDown.com. . #Repost @q_tattoos I had a fun time tattooing the amazing @mcdavid97 put on @kyleghostkeeper - 17 hours done at @fyinktattoos in Toronto

This trend hasn't excluded celebrities, and in case you haven't noticed, Drake is a pretty big sports fan.

The many emotions of Drake during a Raptors playoff game (Part 2) 😂 pic.twitter.com/X7OdW2tzqy

The rapper’s brand has become synonymous with that of the Toronto Raptors, and he has been a controversial topic of conversation throughout their historic run to the NBA Finals.

Drake’s antics aside, the Raptors earned their their chance to clinch their first title, sending the Toronto sports scene into a frenzy. The Dinos will meet the Warriors dynasty in the finals, and Drake, being the sports fan he is, has some ink that supports one of the teams.

But it’s not the team you’re thinking of.

A reminder that Drake has Curry and Durant tattoos pic.twitter.com/rFCuRdUz1b

Drake is no doubt wearing a long sleeve shirt to the Finals. Dude has Steph and KD tattoos pic.twitter.com/Cl0P6YX07D

The Canadian celebrity has a couple of pieces that seem to pay homage to Stephen Curry and Kevin Durant, with whom he’s apparently fairly close with.

Find yourself someone who looks at you the way Drake looks at Steph Curry. #DubNation #Warriors pic.twitter.com/8SAGLAVuay

Pretty awkward for a guy that’s so closely aligned with the Raps.

But hey, maybe this is a good thing!

If you believe in the Drake curse, that is.