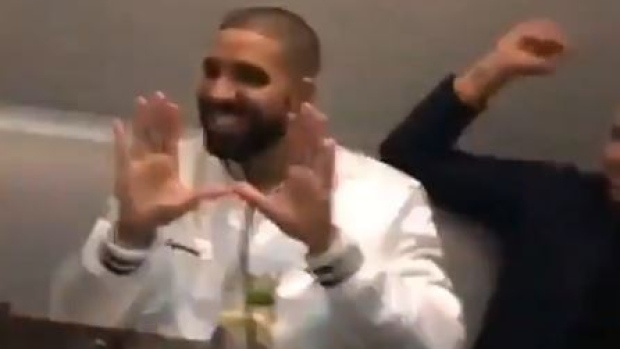 Drake's relationship with players on the Golden State Warriors only seems to get stronger by the day.

Sunday, Drake was spotted in not one, but two social media posts, hanging with players from the Bay Area, including Steph Curry, Kevin Durant and Draymond Green. Something about Drake's attire really got Green going, as the forward pulled no punches when offering his critique on the Canadian rapper's wardrobe.

Drake's weekend with the Warriors didn't end there, with the More Life rapper dropping by the Curry household for an interaction that was a little more tame than the night out with Green and KD. In fact, it was so tame, Drake decided to sit on a couch cross-legged, looking like he was playing N64 in somebody's basement.

It's all cool that Drake hangs out with the Warriors, as there's nothing wrong with being friends with superstar athletes from across the league, but we just hope to see Drake sitting just as comfortably courtside during the Raptors' upcoming playoff run.