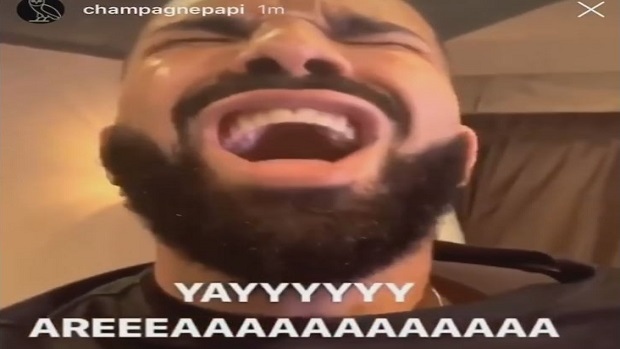 Toronto Raptors fans everywhere are celebrating their team’s 3-1 series lead right now, but the happiest Raptors fan of all might be Drake.

The Toronto rapper got into it with Kevin Durant and Klay Thompson following the Warriors’ victory in Game 2 back in Toronto, and the players were convinced they would be coming back to Toronto to wrap up the series. Instead, they find themselves a loss away from having their season come to an end and Drake made sure to led them hear it after the game.

Drake was quick to turn to his Instagram story as soon as the game ended and didn’t hold back one bit. His trolling game throughout the postseason has been on an entirely different level, so we can’t wait to see what he has planned for Game 5 back in Toronto.