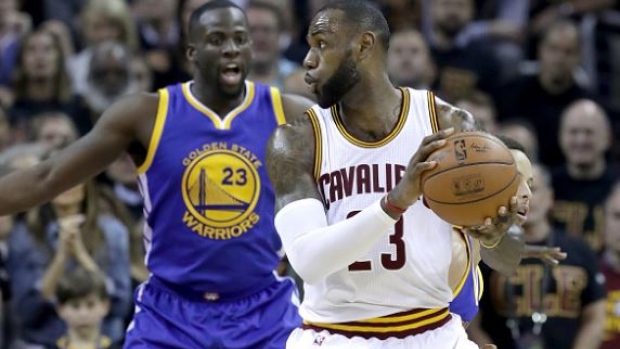 Draymond Green is never afraid to say what’s on his mind or put in the dirty work to get a victory for his team, and now he’s praising LeBron James for doing the same.

Last week, LeBron had enough and ripped apart NBA on TNT analyst Charles Barkley in a post-game interview after a toss loss to the Dallas Mavericks. Almost immediately after James lashed out at Barkley, his former teammate and good friend Dwyane Wade backed him. Now, there’s a new member joining James’ corner in all of this and that’s Golden State Warriors forward Draymond Green.

.@uninterrupted finally let me have my own podcast! Hear my unfiltered opinions on #DrayDay at https://t.co/70no4a8qTP, iTunes & Spotify. pic.twitter.com/02WADupaDZ

On Friday, Green and Marcus Thompson, his co-host on the Dray Day podcast, discussed the feud and Green admitted he was all for it and 100% on James’ side.

Green makes a very valid point in his statement, especially as an NBA champion himself. Barkley never made any comments about D-Wade when he decided to back LeBron, so we doubt that he will say anything about Green’s comments either.

It doesn’t matter if Barkley doesn’t want to be the young players’ friends or not, because they clearly don’t want to be his friend anyways.