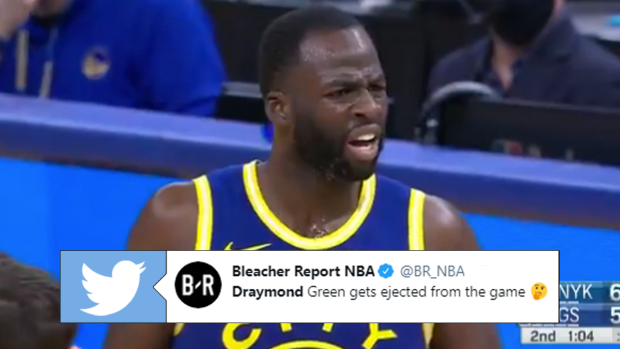 Draymond Green is no stranger to getting T’d up. Since 2015, here is where he ranked on the end-of-season technical foul list.

Draymond is an all-star when it comes to getting technical fouls. While you like a player to play with passion, you want to make sure that he’s not costing the team TOO much. On Thursday, Green received TWO technical, which is an automatic ejection from the game.

The strange part is how he got his second technical. Apparently the refs didn’t like Green yelling… at his own teammate.

Draymond Green gets ejected from the game 🤔 pic.twitter.com/ALHFIwXnUl

Draymond appeared to be yelling at James Wiseman, a rookie that he’s taken under his wing. You know, these two…

Green, head coach Steve Kerr, and the rest of the Golden State Warriors couldn’t believe that he’d been ejected. The Warriors ended up losing to the New York Knicks 119-104.

Could Draymond Green’s defence have been a big difference maker had he been allowed to play in the 2nd half? We’ll never know.

Draymond gets ejected for yelling at James....his own teammate, cmon man let’s do better