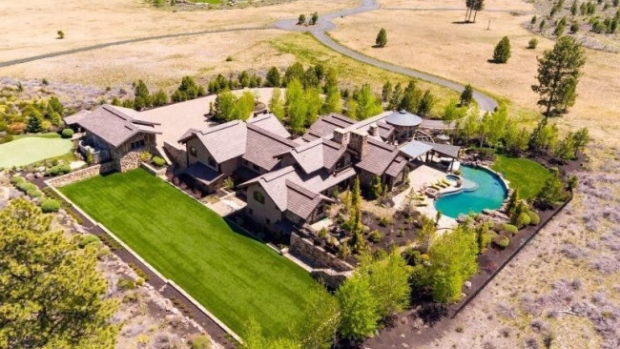 Bledsoe was injured two games into the 2001 NFL season, which marked the end of his time with the Patriots and the start of the Tom Brady era in New England as he was dealt to the Bills following the season, despite signing a 10-year, $103 million contract before the season.

The Ellensburg, Washington native now works as the offensive coordinator/quarterbacks coach at Summit High School in Bend, Oregon, and it looks like he might be considering a change of scenery since his $6.95 million Oregon mansion hit the market this week.

Bledsoe was originally asking for $9.65 million but have since reduced the price by nearly $3 million to $6.95 million. The nearly 15,000-square-foot home sits on 10 acres and is four stories tall. Inside you’ll find seven bedrooms, 10 bathrooms, a temperature-controlled wine room, an indoor basketball half-court, pool, two hot tubs, a full-turf sport court, a putting green, a four-car garage and a detached three-car garage.

The inside of the house is pretty incredible and gives any future owner a reason to never leave, especially when they walk out to their backyard and take in the view waiting for them.

Anyone looking for a roommate?