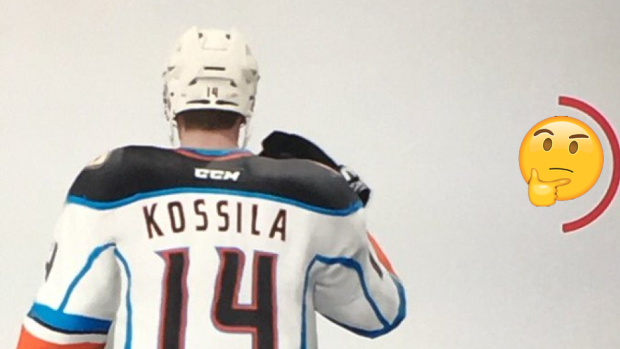 The NHL season is nearly here, so you know what that means: player ratings from the upcoming NHL 19 game are starting to come out. EA Sports has been unveiling the top 50 players in the game over the last week, with all but the top 10 announced so far.

Kalle Kossila, a prospect for the Anaheim Ducks, took to Twitter to share his own rating... sort of.

We think he may be joking about this one.

EA wrong for this one 💀😶 @bardown

Kossila only has 11 games in the NHL to his name, but last season, he also put forth 54 points in 55 games with the AHL’s San Diego Gulls. We aren’t the guys that come up with these ratings, but you’d think that would at least get a guy’s rating in the 60s, right?

In actual, real news about NHL 19 ratings, EA announced the highest-rated Leaf on Friday, and (spoiler) it isn’t Auston Matthews.