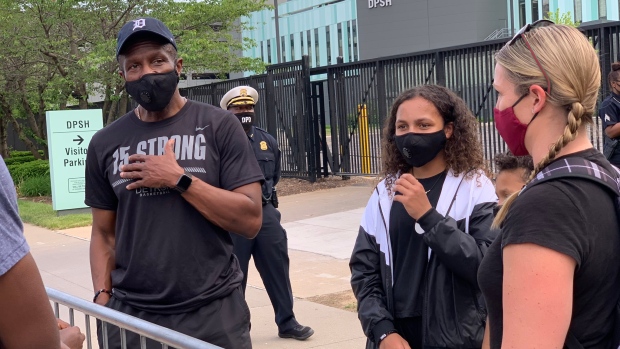 We have known Dwane Casey to be outspoken about racism and police brutality in the past, and on Thursday, he joined protests in Detroit along with several other members of the Pistons organization to protest against the murder of George Floyd.

Pistons head coach Dwane Casey and his family are here talking to the protest organizers pic.twitter.com/DKXmOZJHoF

The Pistons have arrived pic.twitter.com/HXkOV1H1hN

Casey also spoke eloquently about the issues at hand, describing his experience living through segregation and forced reintegration and how they have informed his current views on institutional racism today.

Dwane Casey: “I’ve lived through segregation, forced reintegration, and I think as an NBA coach we have a platform to be able to help and get someone to listen.” pic.twitter.com/AzbWs9Q8eU

Casey previously released a written statement about the injustices, expressing frustration that little had changed between the world he grew up in and the world that his son is currently growing up in.

Pistons coach Dwane Casey releases a powerful message. "The injustices continue to mount and nothing seems to be changing."