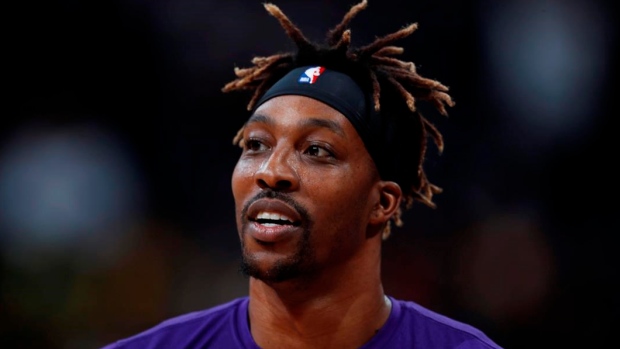 We’re just in the first few hours of free agency, and we already have our first messy signing!

For a moment there, it looked like Dwight Howard was returning to the Los Angeles Lakers. Credible reporters were suggesting that the two parties were on track towards a deal, and Dwight himself tweeted, "I'm staying right where I belong."

That didn’t last very long! The tweet was quickly deleted, and Dwight signed with the Philadelphia 76ers shortly after.

Dwight Howard deletes tweet saying he is staying with the Lakers. 👀 pic.twitter.com/ZbjjCxCPbc

It isn’t clear what happened between Dwight and the Lakers, although considering that the 76ers were able to sign him for the veteran minimum, it probably wasn’t a simple matter of being outbid for his services.

At any rate, the Lakers moved on from Dwight with swiftness, signing Sixth Man of the Year Montrezl Harrell to a two-year, $19 million contract.

The Lakers have signed Sixth Man of the Year Montrezl Harrell 👀 pic.twitter.com/bIJcNVqVRK