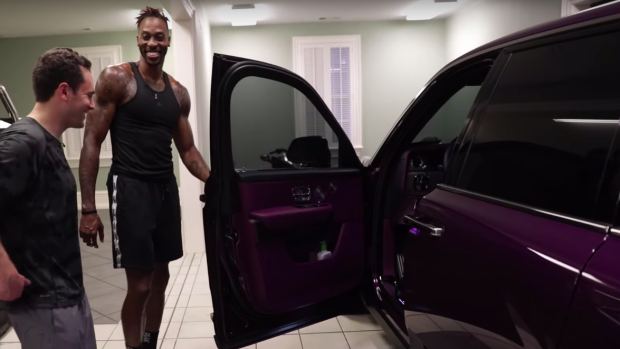 The last few years have been difficult for Dwight Howard, with injuries piling up amid a string on mostly unmemorable stints around the NBA: Atlanta, Charlotte, Washington.

The next stop on the 33-year-old’s comeback trail is a more high-profile one: He’s joining LeBron James and Anthony Davis on the Lakers, and considering Davis’ well-known distaste for playing center, Dwight might even have a good chance to start.

He won’t rediscover his prime form from the Orlando Magic days unless he happens across the fountain of youth, but Dwight is definitely taking a distinct level of focus into getting right. He’s taking direct inspiration from... the Avengers: Endgame villain Thanos.

It got to the point that he even bought a purple Rolls-Royce!

Dwight Howard said he bought a purple car because he was inspired by Thanos and the sacrifices he had to make to accomplish his goal. Man.

At around 1:40 in the video, Dwight discusses his Thanos love.

“I got this purple car because of Thanos, from the Avengers. Yeah, he’s my favorite character. He was able to understand that in order for him to complete his mission, he had to get rid of his emotions, and that’s the hardest thing that we all face.”

No matter how many years pass, Dwight remains a big kid at heart. It remains to be seen how a successful approach to snapping half of the universe out of existence translates to the hardwood.

He sure is looking nice out there, though.