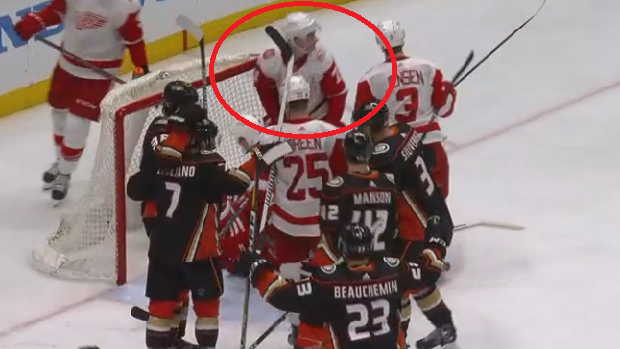 Detroit Red Wings forward Dylan Larkin did everything he could last night to prevent his team from surrendering a goal early in the second period.

After scrum ensued in front of Red Wings goaltender Jimmy Howard, the puck popped out onto the stick of Anaheim Ducks forward Derek Grant. With a yawning cage in sight, Grant managed to barely squeeze one past the goal line to give his team a 2-1 lead. But in the heat of the moment, Larkin appeared to try and stick his glove over the goalie cam to prevent it from being reviewed. Unfortunately for him, he made his intent blatantly obvious. 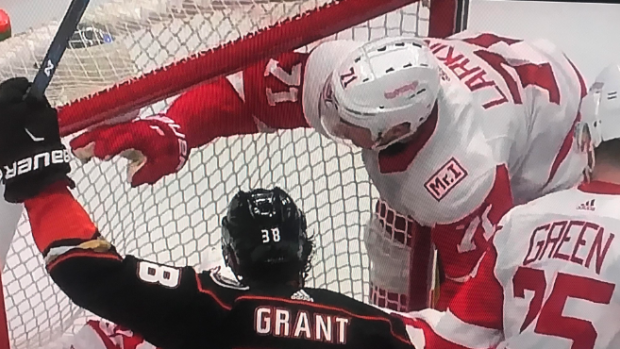 And here’s a look at the puck crossing the goal line. 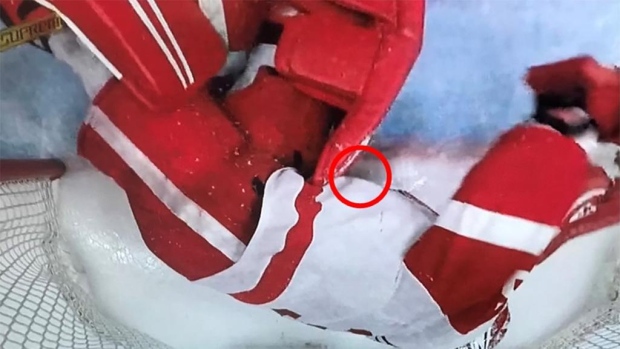 Looks like Larkin was just a second too late!

There’s been a ton of controversy surrounding the crease this season, but for entirely different reasons. Numerous goaltenders, coaches, and players have expressed their displeasure with various goaltender interference calls on the ice. At least Larkin’s actions were clever enough to give hockey fans a good laugh.

Grant’s goal proved to be key, as the Ducks defeated the Red Wings with a 4-2 victory. Detroit has surrendered their share of goals this season (218, 9th in the league), but none have been as memorable as this one.

Close, but no cigar Dylan.