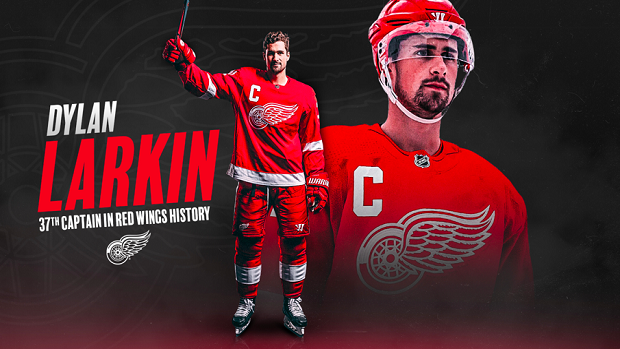 Dylan Larkin made history on the first day of the 2020-21 NHL season and he didn’t even have to step onto the ice.

On Wednesday morning the Detroit Red Wings named Larkin the captain of the team, making him the 37th captain in franchise history and the first Michigander and native metro Detroiter to receive the honour.

The #RedWings today announced that center Dylan Larkin has been named the team’s captain, becoming the 37th captain in franchise history and the first Michigander and native metro Detroiter.

Not only is Larkin the first hometown kid to receive the ‘C’, but he’s the first person to be named captain of the franchise since 2017-18 when Henrik Zetterberg was captain.

Last year was a tough season for the Detroit Red Wings, but they can only go up from here!