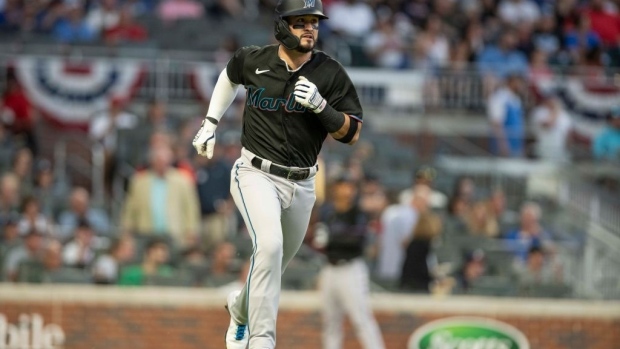 Just over a month after winning silver in Tokyo with Team USA Baseball, Eddy Alvarez picked up his first major league home run on Saturday evening while taking on the Atlanta Braves.

Going up against Charlie Morton, Alvarez launched a solo shot in the right field stands to give the Marlins a 3-0 lead.

The Marlins infielder not only has one silver medal under his belt but also has a silver medal from the 2014 Sochi Winter Olympics with the US Men’s 5,000 m relay short track speed skating team!

Alvarez’s first major league home run unfolded on the 20th anniversary of September 11th, which he touches on just a month after representing the nation in Tokyo.

What an incredible moment and achievement for Alvarez!