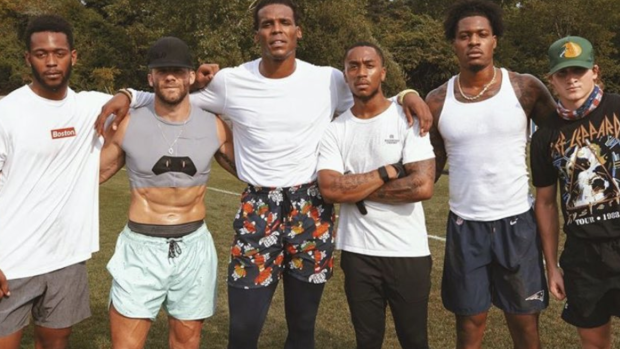 Although the New England Patriots can't practice together at Gillette Stadium, they're still putting in work.

Patriots players have to pass three COVID-19 tests four days in a row, from Tuesday to Friday and even after they pass the tests, full-contact practices don't begin until August 17th, but that hasn't stopped them.

Julian Edelman posted a photo to his Instagram on Friday with newly signed QB Cam Newton along with Jakobi Meyers, Damiere Byrd, N'Keal Harry, and Gunner Olszewski during a workout.

Edelman is looking like an absolute physical specimen and it was definitely noticed.

and of course, Twitter fans had some jokes and hilarious look-alike moments.