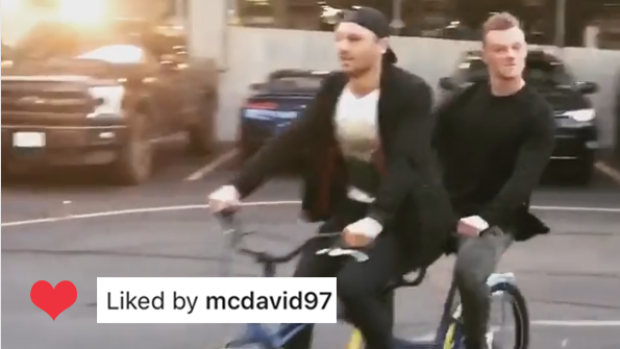 Once Labour Day has officially been flipped past on the calendar, it means two things: Back to school and back to hockey.

Thursday, teams around the NHL continued to open their training camps, holding a media day to kick off the season. Heading into the 2017-18 season there has been a ton of chatter around whether or not Connor McDavid will repeat as MVP. Well, his draft rival Jack Eichel is also out there making a few waves of his own. Clearly Both Sam Reinhart and Jack Eichel understand the importance of making a grand entrance, as the pair shared a special ride with one another on the way into media day in Buffalo.

Kids got some new wheels over the summer #letsgobuffalo @jackeichel11 🔷🔶

Eichel and Reinhart's grand arrival on their team tandem bike caught the attention of just about everyone in the hockey world, including McDavid who showed the pair his support, adding a like on Instagram. 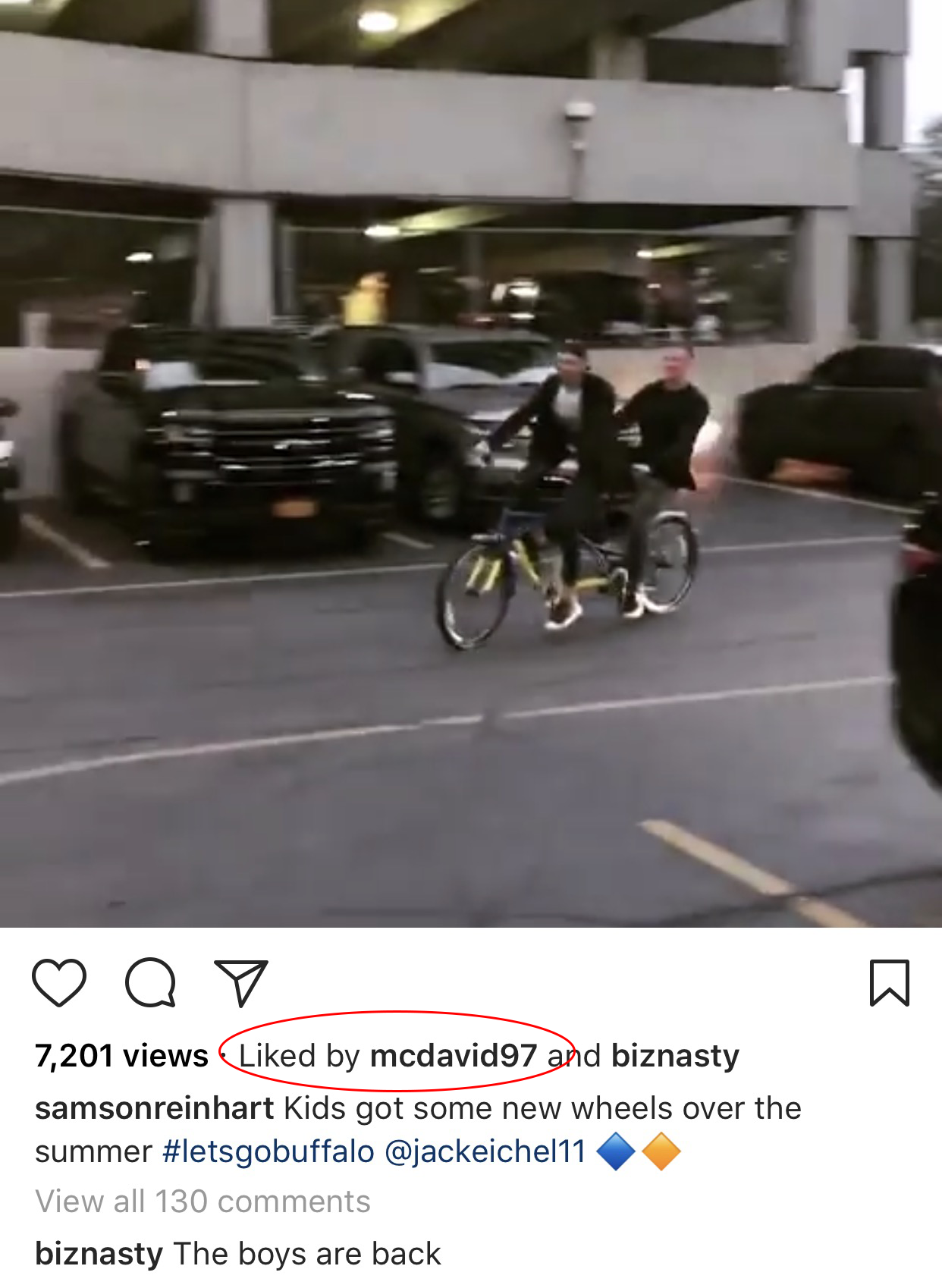 Wednesday was all about Jack Eichel being offside. But that tandem bicycle? That thing is DEFINITELY onside.