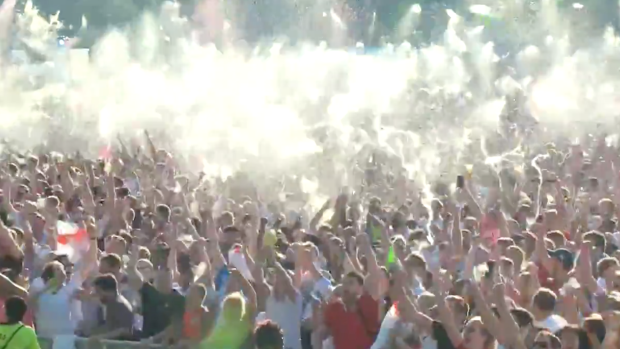 England is one win away from advancing to the World Cup Final for the first time since 1966 and it didn't take long for them to get the lead against Croatia in their semi-final game Wednesday.

England fans couldn't have dreamed of a better start than the one Kieran Trippoer gave them and fans watching them game at HQ Sports Bar in the United Kingdom went absolutely nuts in response to the goal, as well as fans watching in London.

London, how we feeling after that Trippier goal? #CROENG pic.twitter.com/zvEfqcHNKr

In one 31-second video, you can just see how much this means to England and how this team has galvanized their country.

Furthermore, supporters of England were going crazy across the world watching that goal.

England fans in Canada showing no regard for their drinks 🇨🇦🏴󠁧󠁢󠁥󠁮󠁧󠁿

We can't imagine what the celebration will look like if England holds on to advance.