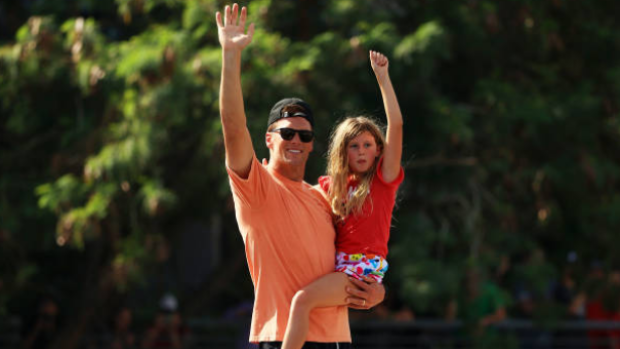 Tom Brady is a Super Bowl Champion and we’re about to watch Groundhog Day for the 40th time. Some things never change.

Fresh off his 7th Super Bowl title, Tom Brady is on top of the sports world as GOAT declarations continue to increase in volume. Brady could retire right now and he’ll have had a more successful career than any other player in history, but he seems intent on coming back for more. With the Lombardi Trophy still in his hand, he casually declared “of course we’re coming back, you know that!”

And it was at that moment, the other 31 NFL teams let out a collective groan.

Another year of trying to stop Tom Brady is a daunting thought for some, and Pittsburgh Steelers tight end Eric Ebron isn’t even trying to hide it. Responding to a tweet in which Brady asks what he should do for the next 5 months (until football operations begin again), Ebron had a simple response.

Simple enough, but we’re thinking Ebron may be out of luck. Brady seems pretty confident he can come back and win, and he’s proven this to be a dangerous mentality for the rest of the league.