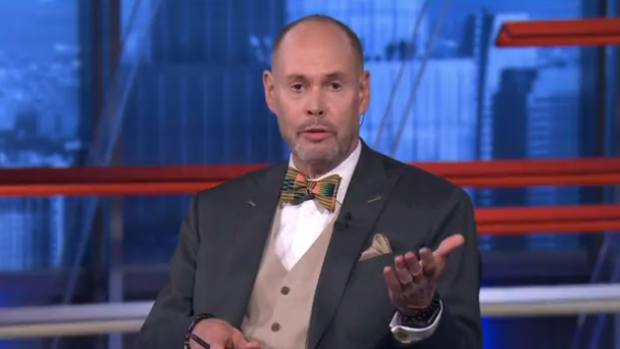 There are certain television broadcasters that seem to have the love, adoration, and respect of all those lucky enough to hear them at work. Vin Scully comes to mind, Craig Sager would be another. Another one, and one that is still active, is NBA on TNT panel host Ernie Johnson.

Johnson, also known as ‘EJ,’ has endeared himself to audiences over the decades for his ability to control pace and direction (which isn’t easy when you sit between Shaq and Charles Barkley) while also exhibiting professionalism, compassion, and class.

On October 29th, Johnson lost a member of his family when his adopted son Michael passed away at 33 years old. Michael Johnson was born with a progressive form of muscular dystrophy that caused respiratory issues and required the use of a ventilator.

We are grieving and at the same time so grateful for having been witnesses to a miraculous 33 years with michael. 🤟 https://t.co/RQM9OCSd77

On Tuesday, EJ returned to his familiar seat on the NBA on TNT panel. It was an emotional return, and one in which he wasted no time addressing the sad happening. As poignant as ever, Johnson issued a heartfelt thank you to all the support him and his family received throughout the difficult time.

“To all of you out there, let me just say thank you.” 🤟@TurnerSportsEJ thanks the crew and fans for all the support he’s received since the passing of his son, Michael. pic.twitter.com/YS6m4NEtfA

Michael was one of Johnson’s four adopted children, and he is the biological father of two more. While it is undoubtedly still a time of mourning for Johnson and his family, it’s good to see Ernie back and doing what he loves.