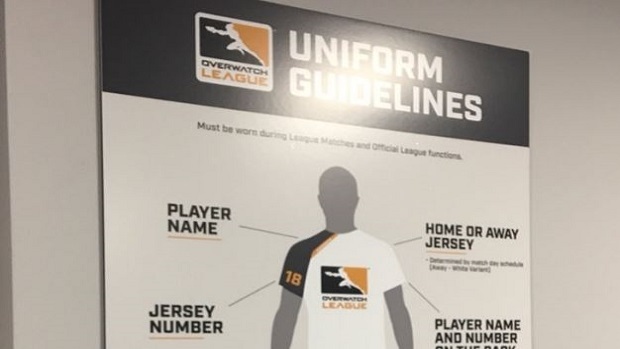 From big name sponsors to professional sports organizations jumping on board, eSports has grown quite a bit over the past couple of years.

With nearly 250 million viewers tuning in on a yearly basis, eSports teams have grown just as much as the sport has and it’s clear just by looking at the team uniforms.

Just like other sports franchises around the world, the competitors need to make sure their uniforms are up to league standards before they take part in any competition around the world.

Hanging out at @Blizzard_Ent Arena today where @overwatchleague players have uniform guidelines too. pic.twitter.com/Xfk4dvdzA4

Franchises around the world have boards like this one hanging in their locker room to remind their players what they can and can’t wear during a game, but it’s the banned items on the list that caught our eye.

We understand the bottom two rules considering they’re entirely based around sponsorship, but the fact that they can’t wear watches, electronic devices or sunglasses during the events it a little odd.