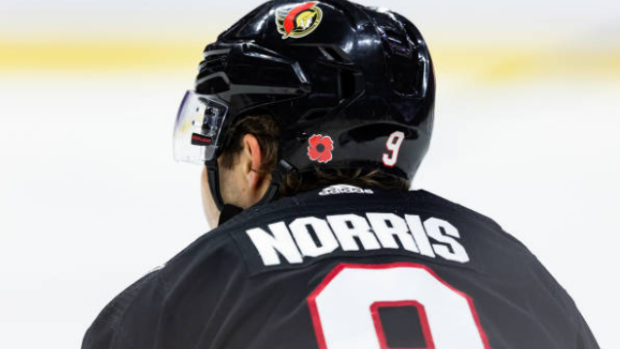 It seems like forever ago that the San Jose Sharks acquired a disgruntled Erik Karlsson from the Ottawa Senators in a blockbuster deal. The date, officially, was September 13, 2018, but it feels like it was more than three years ago.

Looking back at that deal, it has had a significant impact on the Ottawa Senators current identity. In fact, three of the four starting centres for Ottawa were acquired in that deal (either directly or indirectly).

Josh Norris and Chris Tierney – Ottawa’s 1st and 3rd line centres, respectively – were both drafted by the Sharks. Josh Norris is a former 1st round pick (19th overall in 2017), while Tierney was drafted by San Jose in the 2nd round (55th overall in 2012). Meanwhile, the Sens also acquired multiple draft picks in the deal. One of them included what resulted in the 3rd overall pick in 2020, a pick that has since turned into 2nd line centre Tim Stutzle.

While not acquired in the Karlsson trade, the Senators 4th line centre Dylan Gambrell was ALSO drafted by the Sharks! He was acquired by the team in October in exchange for a 7th round pick in 2022.

As pointed out by popular Sens fan account Lalime’s Martian, that’s 4/4 on Sens centres having a direct connection to the Sharks!

Not really sure what to do with this information, but it’s cool to know nonetheless. The Sharks are likely hoping the Sens centre corps doesn’t become too strong, or else they may have a little hindsight regret!