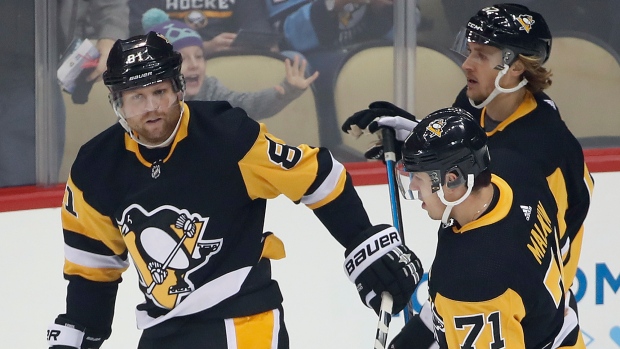 Phil Kessel is no longer with the Penguins, after being sent to the Arizona Coyotes earlier this summer. He was on the outs well before that, even nixing a reported trade to the Wild.

According to The Athletic’s Rob Rossi, Evgeni Malkin was a factor in Kessel’s trade, even giving the Penguins a trade-me-or-trade-him ultimatum. Malkin denies the claim.

According to The Athletic’s Rob Rossi multiple sources said “Malkin requested a trade if Kessel were to return”. Malkin denied the claims.

The original report suggests that Malkin grew tired of a rift between Kessel and head coach Mike Sullivan, as well as a stats-chasing mentality from Kessel.

“Malkin declined to elaborate on how his on-ice relationship with Kessel fell apart. But it’s clear he grew tired of feeling caught between the ongoing Sullivan-Kessel rift, according to multiple team and league sources. Those sources also say Malkin had come to believe Kessel was content with two titles and mostly interested in his statistics. Malkin was worried he’d be seen the same way if Kessel remained his winger.”

Well, Kessel’s in Arizona now, and Malkin remains with Penguins. It remains to be seen if Malkin can bounce back after last season, in which he scored half as many goals as the season prior — the article makes it clear that that was a source of frustration for him.

Interestingly, there are a lot of conflicting stories about Kessel’s trade. Speaking after the trade, Penguins GM Jim Rutherford said that Kessel had asked to be traded multiple times, while Kessel alleges that he was simply told by Rutherford that he would never be a Penguin again.