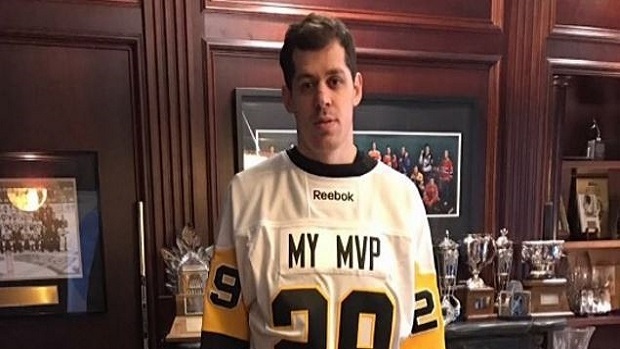 Fans have been waiting for months to find out who the Vegas Golden Knights are going to take from each team around the league and the day finally arrived.

Throughout the NHL Awards on Wednesday night, the Vegas Golden Knights selected players from all the teams around the league and ended up selecting Marc-Andre Fleury from the Pittsburgh Penguins, as expected.

Before the Golden Knights officially announced their selection from the Penguins, Evgeni Malkin shared photo on his Instagram account with the caption “sad day (((“.

Penguins fans, players and staff have made comments all week long about the kind of professional Fleury is and how much they’re going to miss having him around.

On Tuesday, fans lined up for nearly 12 hours outside a Dick’s Sporting Goods just to say their final goodbyes to Fleury.

Fleury was selected first overall by the Penguins back in 2003 and won three Stanley Cups during his time with the team.