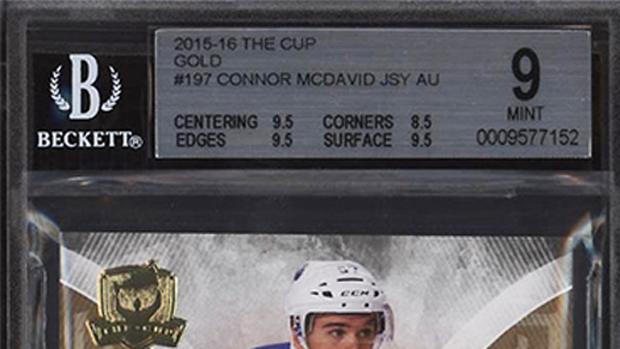 Since entering the league, Connor McDavid has lived up to every bit of hype that he had going into the draft and is looking like the next generational player after Sidney Crosby.

When a player like this comes into the league, it becomes the trading card that everybody wants. Betting on this card to become one of the most valuable cards in the future is a pretty good bet and they get harder and harder to get every year – especially in near mint condition. 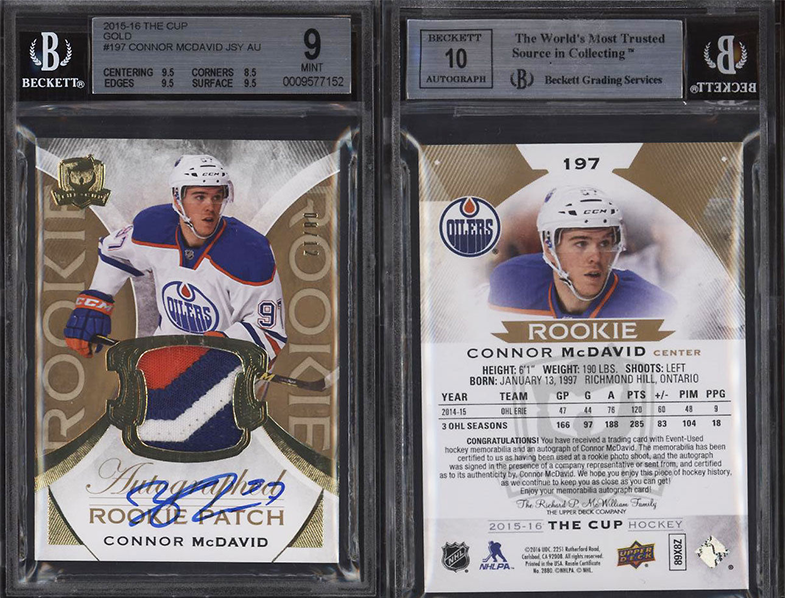 Now, there are a couple of reasons that this is the most interesting Connor McDavid card that we’ve seen up for auction.

A slightly less rare version of this card sold for just over $70,000 Canadian in June. That card is virtually the same (2015-16 Connor McDavid Upper Deck The Cup), except one thing makes it slightly more rare: This card is the Gold Edition. If you look on the right side of the cards, you’ll see that the silver version is assigned a number out of 99, whereas the gold versions are out of 12.

So, there are only 12 other cards as rare as this one in existence and this one is near mint condition. We’ll continue to track it as the auction gets closer to ending and we’ll let you know if it sets a new modern-era record.