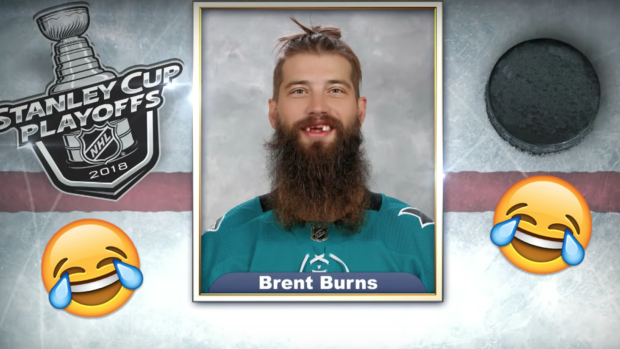 The second round of the NHL playoffs is well underway and like he did during the first round, Jimmy Fallon dropped his Tonight Show Superlatives for players still playing right now.

In this edition of the popular segment, Fallon had some fun taking aim at a number of big names including Ryan McDonagh, Charlie McAvoy and Brent Burns.

"Human Can Opener" for Burns is a good one.  One might also vote him most likely to have the best goal celebration and have the best suit game.

What a beauty, part 2. #SJSharks pic.twitter.com/CWOt2DeTrW

Burns also starred in the Round 1 edition of the Tonight Show Superlatives, so if the Sharks make it to the Conference Final, it's probably safe to assume he'll be in the next edition, too.

In honor of the #StanleyCup Playoffs, Jimmy hands out a few @NHL Superlatives #FallonTonight pic.twitter.com/pdutbtmuJD