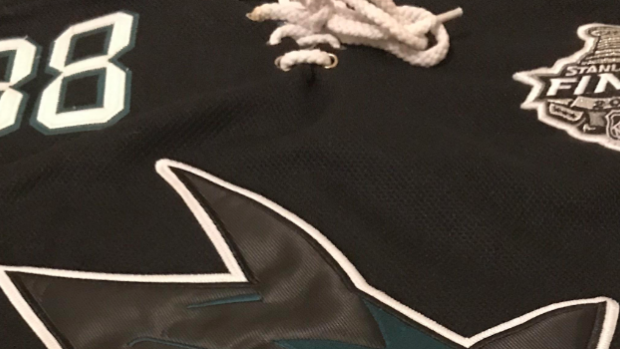 Ordering jerseys is easier than it's ever been thanks to the internet, but jerseys are also more expensive than they've ever been.

If you order jerseys from overseas websites, though, the prices are significantly cheaper, but you're also taking a huge risk as we've seen multiple times in the past.

We don't blame anyone for ordering jerseys from these websites because the prices make it worth it, but as you can see, you risk getting a jersey that looks nothing like the one you ordered.

This hockey fan who ordered a Brent Burns Sharks jersey knows exactly what we're talking about:

At first glance, you're probably asking yourself what's wrong with this jersey, and what's wrong with it will become abundantly clear when you see what the real Sharks alternate jersey from last season looks like:

The logo on the fake jersey is basically a combination between the Sharks' alternate and primary logo and it looks awkward to say the least.

That said, the jersey is still wearable unlike this one below, so this fan is quite lucky when you think about it: