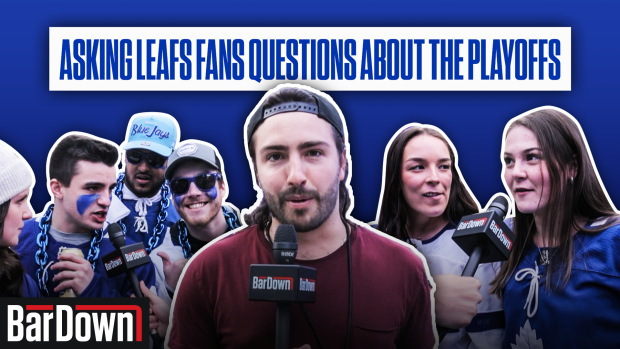 The word “playoffs” triggers a wave of emotion when spoken to fan of the Toronto Maple Leafs.

It’s been a tough go for the Leafs since their last Stanley Cup championship in 1967, but particularly in the last 18 years where they’ve failed to even win a playoff series. We wanted to see how the Leafs were doing emotionally, so we went to the place where they run the most wild.

Our own Jeff Hall wandered around the Square and asked Leafs fans a series of seven questions. They are as follows…

Okay, so they weren’t all about playoffs, but you get the gist.

What were your biggest takeaways? Let us know @BarDown!