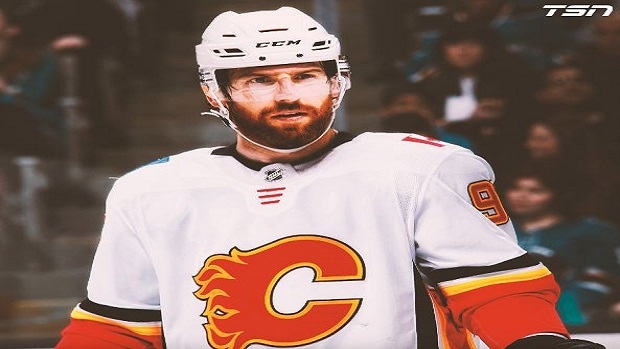 A lot of people looked at the James Neal selection by the Vegas Golden Knights in the Expansion Draft as a filler until the trade deadline considering he was turning 30 in September and only had one year left on his deal. However, plans changed pretty quickly after the Golden Knights found so much success during their inaugural season and one of the reasons was James Neal’s performance on a nightly basis.

Considering Neal has scored at least 20 goals every year he’s been in the NHL a lot of people thought the Golden Knights were going to re-sign him over the offseason, but that all changed early Monday morning when it was revealed that Neal had agreed to a five-year, $28.75 million deal with the Calgary Flames.

With the Whitby, Ontario native heading to his fifth NHL club in 10 years and set to turn 31 right before the season starts, the Flames’ most recent deal got a lot of mixed reactions from the hockey community.

Thank God Ducks stayed out of this one. That's a God awful contract

So he has no long term goals of winning 🤣

He’s literally just chasing the money at this point. Living in Calgary during winter has to be one of the worst experiences ever. I’d take this summer heat any day over being that cold.

Obviously just wanted to get paid and not interested in a cup. Or there were no other suitors.

And just like that, James Neal broke every @GoldenKnights fan’s heart. Including my wive’s. 😢

Flames fans seem to be split right down the middle when it comes to this deal as some are happy to have Neal on board while others think the team gave him too much money and too many years.

But in saying that, welcome to the #CofRed James Neal!! https://t.co/evBlRLg6wL

Neal has played 703 career games over 10 seasons and has totaled 263 goals and 232 assists for 495 points over that span. He also has plenty of playoff experience as well with 55 points in 100 postseason games.