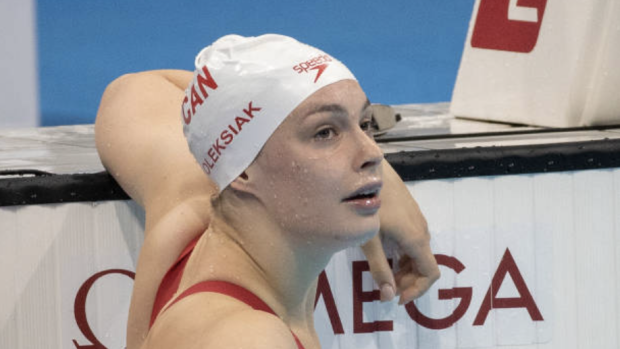 A historic night for Penny Oleksiak!

The Canadian swimmer is officially the country’s most decorated Olympic athlete of all time. Oleksiak earned her seventh career medal on Sunday as Canada's women earned a bronze medal in the 4x100m medley relay.

Just a friendly reminder that Penny just turned 21 last month. It’s crazy to believe that this is only the beginning. Her fans took to twitter to show how proud they are of Canada’s star swimmer.

If the City of Toronto is going to rename Dundas St… they should name it Penny Oleksiak Street.

She deserves that, and then some.

Re-introduce this coin, but call it 'The Oleksiak' pic.twitter.com/HzFgFRD60G

Voilà! Says it all. Thank you @OleksiakPenny for making Canadians ( especially the women) so damn proud! @TeamCanada https://t.co/eCnOEKrtGm

Simply put, @OleksiakPenny has made – and continues to make – Canada 🇨🇦 so swimmingly proud, eh! https://t.co/7UQNcaMsIG

So can we officially start calling @OleksiakPenny the Queen of the North?!?

7 Olympic medals by age 21 is unreal. Canada is so proud of you, @OleksiakPenny!!!!

Penny Oleksiak is such an inspiration and already a Canadian legend 🇨🇦