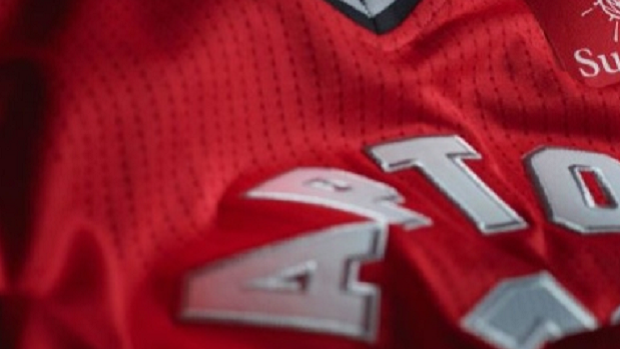 Starting in the 2017-18 season, many NBA teams will roll out sponsors onto their jerseys and the Raptors just revealed the first logo to appear on their gear.

TSN’s Rick Westhead got the scoop as Sun Life Financial will be on the jersey for the next three years for $5M+ per season. That’s a nice wad of cash for the Raptors, but this is also the first time fans are getting a look at their favourite team’s new jersey.

So far, the reaction has been a mixed one. Of course, some fans are hesitant for any change, so they were going to be negative no matter what was on the jersey. Others recognize that this has been a part of soccer jerseys for a long time and only feels unusual because it’s new.

Here are the best reactions from both sides of the fence.

The age of sponsorship on NBA jerseys begins. They've been on soccer jerseys for decades & it hasn't hurt those jersey sales. https://t.co/H0F2qXmXDk

Took years for the Raptors to move away from ugly-ass logos. Just like that, Sun Life goes and puts an ugly-ass logo on their jersey. #rtz https://t.co/J83x5TmRkK

Call me a jersey purist, but I hope the Raptors logo remains bigger than Sun Life's (and not go the way of soccer jerseys) https://t.co/1al3W47L85

Still not the biggest fan of the @NBA jersey sponsorship but that @SunLife logo looks dope on the @Raptors red #WeTheNorth #rtz https://t.co/IWg5t1K6AB

The logo is very subtle and small, but it will be interesting to see how the logos differ throughout the league and of they will grow at all in the future. Eight other teams currently have jersey agreements in place:

They all look pretty similar in size and placement to the Raptors, so we would expect the same from any other team to show off their new jersey look.

Our hometown team just got stronger.