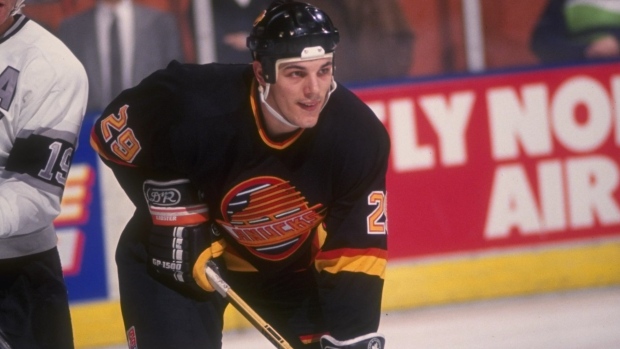 Gino Odjick, the former NHL enforcer who played 12 seasons in the NHL in the 1990s and became a fan favourite over seven and a half seasons with the Pavel Bure-era Vancouver Canucks, is battling heart disease once again.

After his original diagnosis in 2014 — then considered terminal, but which he overcame through an experimental treatment process — Odjick told Marc Brassard of the French language newspaper Le Droit that he is once again undergoing chemotherapy.

“It came back about a month ago. I started chemotherapy treatments again,” says Odjick via Google Translate. “[The doctors] found it early, so I am very confident that I will be able to get rid of it.”

Around the hockey world, fans are expressing their support for Gino.

In addition to his stint with the Canucks, Odjick also played for the New York Islanders, Philadelphia Flyers and Montreal Canadiens.

Thoughts and prayers to the man @ginodjick ! You got this brother !

You got this Gino.

Gino Odjick, get better soon big guy. We are all pulling for you. @ginodjick #Canucks pic.twitter.com/v6TCUDoUXD

#canucks nation is in your corner @ginodjick

Sending out good vibes, positive thoughts and sincere prayers to Gino Odjick. We are all with you! @ginodjick

There’s not much Canuck fans can agree with, except one thing:

We all love Gino Odjick.