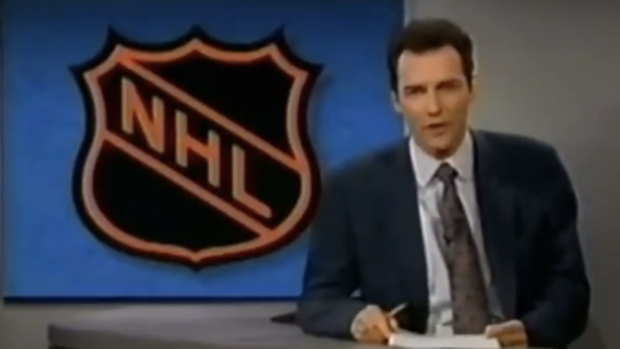 Canadian comedian Norm Macdonald has passed away at the age of 61 after a long battle with cancer.

Absolutely devastating and no one saw it coming. Norm kept his cancer diagnosis a secret and dealt with it privately for nine years.

The Quebec City native was was best known for his time as a cast member on  “Saturday Night Live”. After leaving SNL in 1998, Macdonald created "The Norm Show" that ran from 1999 to 2001. He starred as a hockey player who was banned from the NHL for gambling and tax evasion, and was forced into community service as a social worker.

If you were a Norm Macdonald fan and never heard of this. Go check it out. pic.twitter.com/Ol8s16yR1G

Aside from his many talents, Norm was also an avid sports fan. Following the news, tons of people took to twitter to remember his best sports moments.

Norm Macdonald was the pioneer of bringing the NHL to larger audiences. RIP Norm, you were a legend. pic.twitter.com/JlBgwtPSAE

I used to play pickup basketball with Norm Macdonald every Wednesday night.

Not a great basketball player.

But a great guy.

And funny as hell. pic.twitter.com/Nf8mULp5db

I was lucky enough to interview Norm about his love of hockey, and he was just so gracious and humble. He deserved a far longer life than he got. Miss him already.

RIP Norm Macdonald, thank you for all the laughs 😢 pic.twitter.com/MOwmwVH4jC

RIP Norm MacDonald. Got to work with him on the title sequence to his Comedy Central show Sports Show w/ Norm MacDonald, back in my acting days. pic.twitter.com/P1yji8tAV1

Norm MacDonald was one of my favorite comedians, especially his humor about sports. Here's his classic Charl Schwartzel joke and his Brandon Davies take. pic.twitter.com/VIFY4pUNd3

Norm Macdonald at a sports award dinner:
You've won the Heisman Trophy...and that's something that no one can take away from you...well, unless you kill your wife and a waiter...then they'll take it away.

We wanted to take some time to acknowledge the death of comedian and huge hockey fan Norm MacDonald after a lengthy battle with cancer. Norm was 61. Always controversial, always funny. RIP Norm, you will be greatly missed pic.twitter.com/8rhZXqDJRq

One of the funniest to ever do it! He will be truly missed.