Last week the NHL held the 2020 Draft Lottery and it did not go the way any fan expected it to go.

The team with the 1st overall pick in the 2020 NHL Entry Draft remains a mystery! . Who’s going to get it?

However, ending up with two picks in the top 5 can still be pretty awesome when it comes to giving your team the opportunity to speed up the rebuild, and only four teams in the last 40 years - including this year’s Ottawa Senators - have landed two of the top five picks.

More than 30 years ago the Quebec Nordiques were in the same spot as the Ottawa Senators are in today as the team owned the 3rd and 5th overall picks in that summer’s draft. With their picks, Quebec selected defenceman Curtis Leschyshyn 3rd overall and right winger Daniel Dore with the 5th pick. The top two picks that year were Mike Modano and Trevor Linden, while Martin Gelinas, Jeremy Roenick, Rod Brind’Amour and Teemu Selanne went 7,8,9,10 that year. 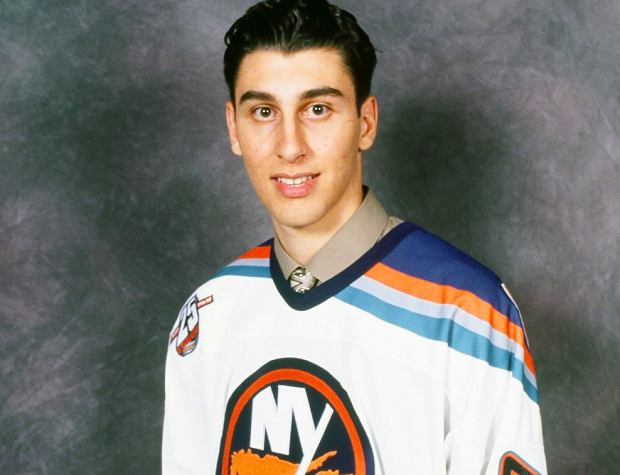 The New York Islanders made this list twice with the first time being in 1997 thanks to a trade from the previous March with the Toronto Maple Leafs. The Leafs brought back Wendel Clark in a deal that included Mathieu Schneider and D.J. Smith also going to the Maple Leafs in exchange for Darby Hendrickson, Sean Haggerty, Kenny Jonsson and a 1997 1st round pick. Well, that pick ended up being the 4th overall pick, which the Islanders used to select goalie Roberto Luongo. With the very next pick they added to their blue line by selecting defenceman Eric Brewer. The top three picks that year were Joe Thornton, Patrick Marleau and Olli Jokinen. 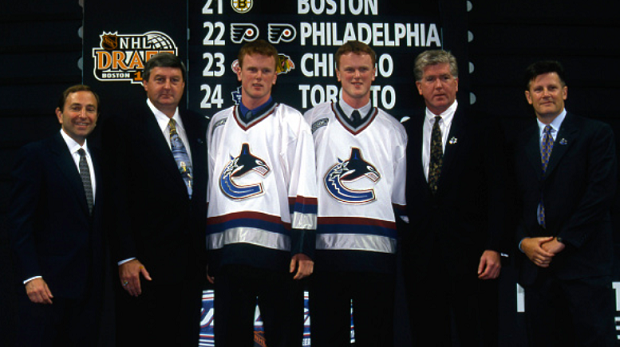 This is the one that every hockey fan knows about. The Vancouver Canucks’ general manager at the time was Brian Burke. After watching the Sedin twins perform at the 1999 IIHF World Championship, Burke put the pieces in place and did everything he can to keep the brothers together. After multiple deals that included Vancouver landing the 1st overall pick which was flipped to the Atlanta Thrashers in a deal that promised the Canucks they would land the brothers. The rest is history. 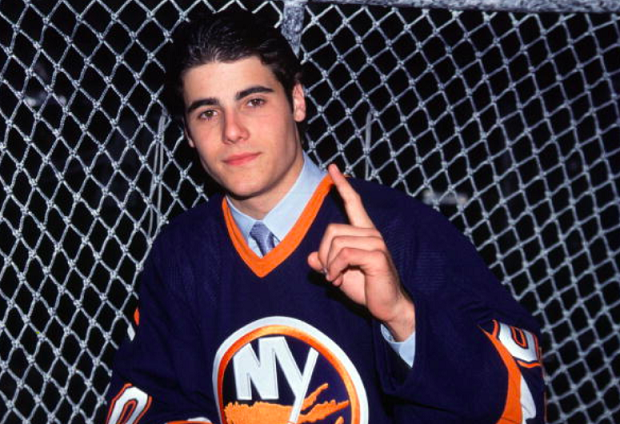 The very next year the New York Islanders were back where they were a few years prior as they found themselves with two picks in the top five. With the 1st overall pick, the Isles selected goalie Rick DiPietro and then followed up that pick by selecting left winger Raffi Torres 5th overall. That year, Dany Heatley, Marian Gaborik and Rostislav Klesla went 2,3,4, followed by Scott Hartnell at 6.