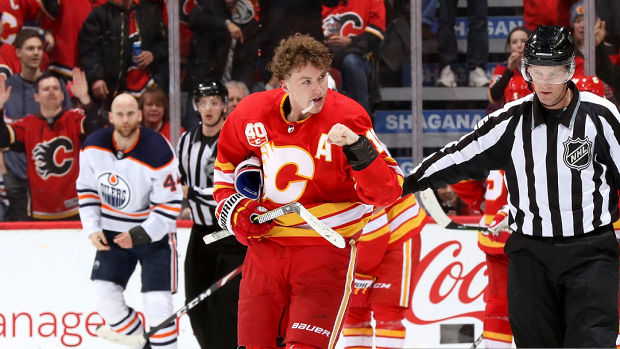 In case you've been living under a rock the past couple of days, the Battle of Alberta has heated to a boil.

In their most recent game, the Oilers' Zack Kassian and the Flames' Matt Tkachuk became the centre of the NHL's latest big controversy. Tkachuk Laid out Kassian with a polarizing hit, and then followed up by turtling when Kassian grabbed him to fight. It made for some wild post-game commentary, and wilder reactions from fans.

“If he doesn’t want to get hit then he should stay off the tracks”. Do you agree with Matthew Tkachuk’s comments on Zack Kassian? 🤔

Zack Kassian was not happy with Matthew Tkachuk after Saturday night’s Battle of Alberta 😳. Do you agree with him? . (H/T Oilers TV)

Things just got more interesting, and a little hilarious, when Flames fans decided that Edmonton needs to see a little more of Tkachuk's face, and have started a GoFundMe account to put his face on billboards in the city.

The GoFundMe can be found here, and we're curious to see if they'll hit their $2,500 goal.

There really is a GoFundMe for everything.