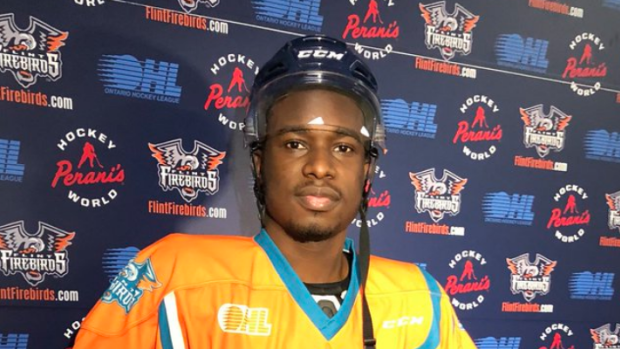 Theme nights in hockey are the because we get to see incredible jerseys we never thought we'd see worn by some of the best players in the world.  In the NHL, theme nights don't happen that often and the most popular one by far is Star Wars night.

Junior hockey leagues, on the other hand, such as the OHL have theme nights all the time and one of our favourites is coming up this weekend.

On Saturday night, the Flint Firebirds host the Saginaw Spirit and in honour of Flint Tropics night, the team will be rocking these incredible jerseys.

Here's a better look at the @FlintFirebirds Tropics uniforms they will be wearing on Saturday night. Special thanks to @jalen_smereck & @JacobCollinss for hitting the catwalk for us! @DominicHennig @UniWatch @OHLHockey pic.twitter.com/hVfkPn9NC4

As many sports fans know, Jackie Moon and his teammates made those jerseys famous in the movie 'Semi-Pro.'

Now the Firebirds are adding to the legacy of the Tropics and we imagine they're pretty excited about being able to rock the jerseys.

You won't want to miss Flint Tropics night this Saturday at 7pm vs Saginaw! https://t.co/tpUf3sYkTi

Let's Get Tropical! Join us for the 3rd Annual "Flint Tropics Night" this Saturday. Inspired by the movie “Semi-Pro” starring Will Ferrell, we will be wearing special themed jerseys, pants & socks that will be live auctioned after the game. Details ➡️ https://t.co/MxPHXWQ3Q4 pic.twitter.com/ku8Vl1JY4C