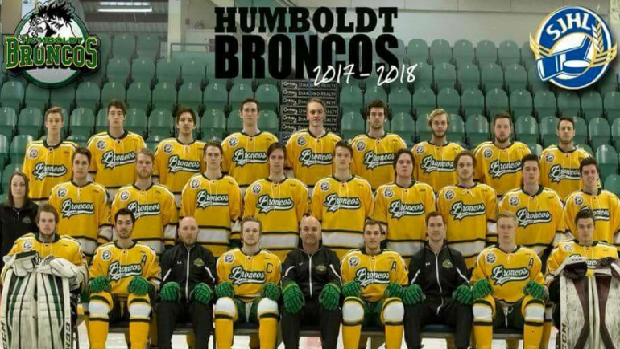 The city of Humboldt is in mourning after losing numerous residents in a fatal bus crash.

The Homboldt Broncos of the Saskatchewan Junior Hockey League were travelling to Nipawin for a playoff game when the team was struck by a semi-truck on Highway 35 near the town of Gronlid. 15 were announced dead while others were injured.

JUST IN: RCMP in Saskatchewan confirm that a 15th person has died as a result of injuries incurred during the Humboldt bus crash on Friday. pic.twitter.com/wFZdhNwWX2

The news has completely shaken the hockey world. Players, fans, and others have expressed their sympathy towards the team, and head coaches Glen Gulutzan and Todd McLellan have both made their way to Humboldt to be with the families and survivors.  A vigil will be held at the team’s arena tonight and members of the community laid flowers at centre ice to honour the lost lives.

NHL teams have attempted to help Humboldt in any way they can. The Winnipeg Jets and Chicago Blackhawks wore ‘Broncos’ nameplates and each made sizeable donations to the community. Other teams around the league also made donations and supported the Broncos with stickers on their helmets.

The @nhljets and @nhlblackhawks are honouring the #humboldtbroncos with nameplates on the back of their jerseys in tonight’s contest at Bell MTS Place 👏🏻 #prayforhumboldt. (H/T @nhljets, @nhlblackhawks)

The vigil will be broadcasted on TSN3 and TSN GO at 9 PM Eastern time. A GoFundMe page has been made to help the Homboldt community and has already exceeded $3.7 million. To contribute to the fund, click here.

A NIGHT OF REMEMBRANCE: The community of Humboldt, Sask., will gather tonight for a vigil at the home arena of the Broncos. It can be seen live on TSN3 and TSN GO at 9pm et/6pm pt. pic.twitter.com/134pOnh07h