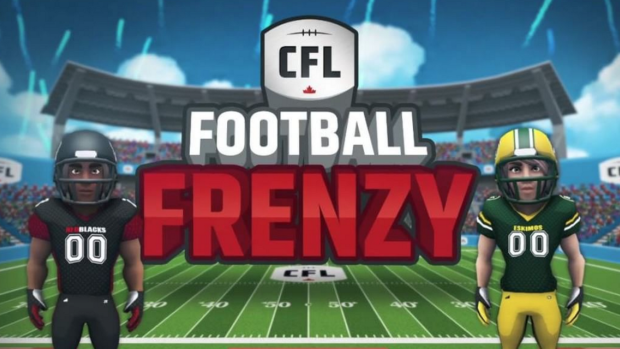 Football fans, the newest game to get addicted to is here!

On Thursday, the CFL launched a mobile game called 'CFL Football Frenzy.'  It's an arcade football game that is fun, fast-paced and full of scoring that allows users to play all three phases of the game, collect card packs and much, much more.

#CFLFrenzy is here! 🎮🕹️ Designed for kids, fun for everyone! . . . Download and play the new #CFL mobile game at the link in our bio! iOS version available now, Android coming 🔜!

Fans can play as their favourite team and customize their players in a variety of fun and unique ways.

Furthermore, fans can play as the stars in the CFL or as themselves in the 7-on-7 style gameplay.

When it's bye week but ball is life. #CFLFrenzy pic.twitter.com/clouBnaYFQ

At first glance, the celebrations are a little more subdued compared to what we're used to...😳#CFLFrenzy #RiderPride pic.twitter.com/M2NVn9nQ20

Safe to say the teams, players and fans are loving the new game which every football fan should download and play now ahead of Week 14, which kicks off tomorrow night across TSN.