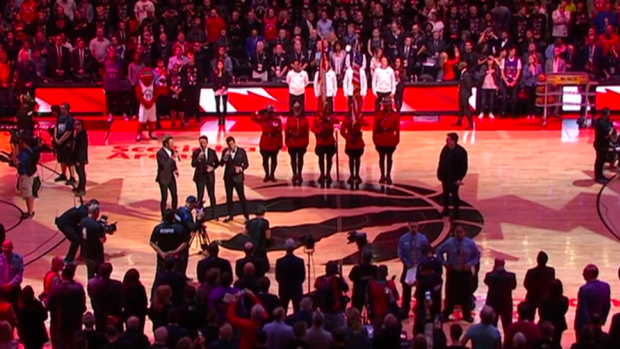 The NBA Finals have arrived in Toronto, and for the first time in franchise history, the Raptors are one of the last two in play for the Larry O’Brien trophy. That still hasn’t fully settled in for some of us.

The newness hit all over again, when ‘O Canada’ was sung for the first time ever at a NBA Finals game. This is really real, you guys. Goosebumps.

The crowd in Jurassic Park got in on O Canada, as well. 🙌 pic.twitter.com/mUb2xig9CB

Can you not tell, right away, that the energy is different for this one? They’re singing the heck out of that anthem out there, and of course they are. The freaking NBA Finals are here!

The Toronto Raptors are in the NBA Finals. pic.twitter.com/5hwa3n4CBq