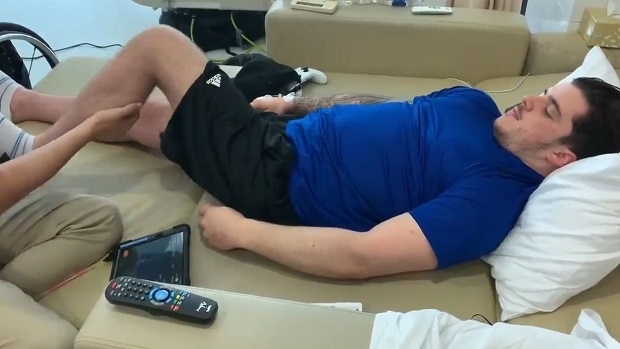 The bus crash involving the Humboldt Broncos was one of the most heartbreaking moments; not just of 2018 but in the history of sports.

In the face of tragedy, though, the hockey community came together and rallied to support the survivors of the accident, the families of the victims, and the entire community of Humboldt.

#HumboldtBroncos survivor #RyanStraschnitzki is back on the ice for first time since the crash, and is hoping to one day represent 🇨🇦 in #SledgeHockey at the #Paralympics! #humboldtstrong ••• 🎥(Via: Twitter/Strazsr)

Straschnitzki continues to impress hockey fans and sports fans everywhere during his recovery as he continues to make incredible progress. Early Wednesday morning, Straschnitzki shared a video of his recent progress following a successful surgery in Thailand and it’s truly inspiring how far he’s come.

Last year Ryan Straschnitzki schooled a team of WPCA players in a sledge hockey game. This week he almost kicked his therapist.

Great to see his progress and we say go ahead and kick whomever you want.