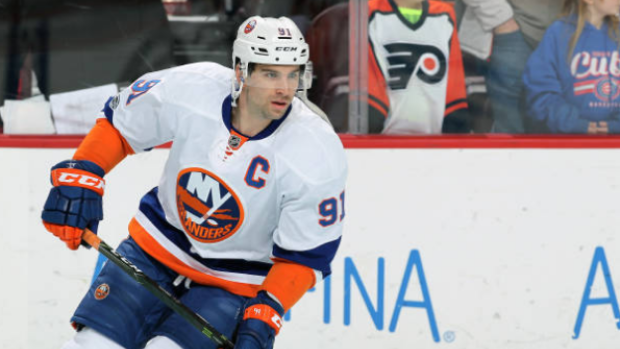 John Tavares during warm-ups prior to a 2017 match-up against the Philadelphia Flyers. , Len Redkoles/NHLI via Getty Images

Former New York Islanders forward Mike Bossy has proposed the team make a massive trade that would put an end to the John Tavares drama.

The franchise center has been the subject of multiple trade rumors and his future with the team remains uncertain. Bossy, who is regarded by most as the greatest player in franchise history, has come up with a trade that would send the Ontario native to Montreal for a handful of talent.

During a discussion with Jean-Charles on the air with 91.9 Sports, Bossy suggested the Isles send Tavares to the Canadiens for forward Alex Galchenyuk, defenceman Mikhail Sergachev, goaltender Charlie Lindgren and this year’s first round pick. 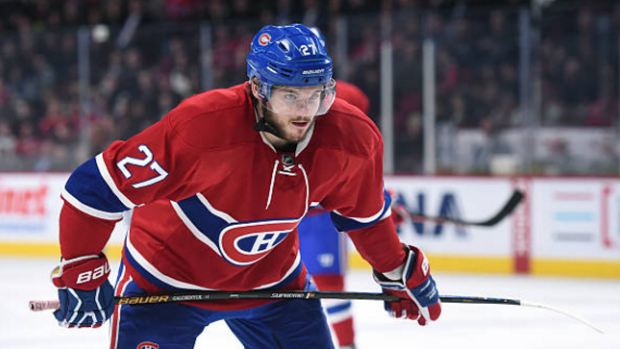 Both Galchenyuk and Sergachev are former first-round picks, while Lindgren had a solid 2016-2017 campaign with the St. John’s Ice Caps. Clearly Bossy sees Tavares as a blue chip to create a more balanced Islanders team.

The last trade of this magnitude came when the Nashville Predators and Montreal Canadiens swapped defencemen Shea Weber and P.K. Subban, and even that would seem miniscule to this. Considering the latter is in need of a number-one center and has demonstrated a willingness to strike a huge deal before, is a trade like this completely out of the question?

Time will tell when Tavares is finally ready to call a place his long-term home. In the meantime sit back, relax, and enjoy the Stanley Cup Final.

The offseason is just around the corner.