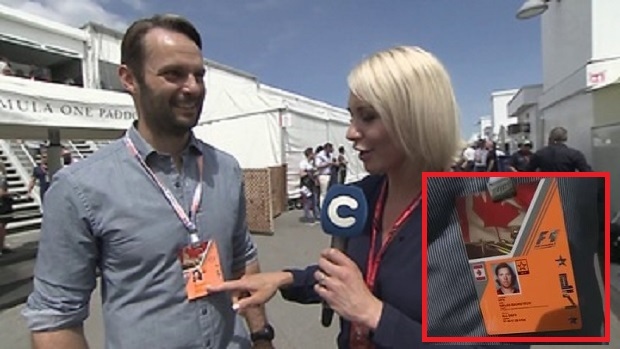 Although only one of the two is still playing in the NHL, people are still mixing them up.

The former NHL goalie is currently in Montreal taking in the Canadian Grand Prix with former NHL defenceman and fellow countryman Toni Lydman. However, the organizers made a classic mistake and ended up using the wrong headshot on Backstrom’s pass.

We wonder if he had a tough time getting past security once he showed his ID and they realized it didn’t match the person on the F1 pass. He probably dealt with the confusion a few times during his career, but was probably never handed a pass with the other Backstrom’s face on it.

Two sports. One name. #NASCAR and the #StanleyCup share something in common. 🏁🏒 pic.twitter.com/zlvsPwpuC1